How the City Drives Collaboration Print

The whole point of the Cognitive City is to facilitate innovation through silo-crossing collaboration. To this aim, the City contains a recommendation engine that works to suggest collaborations that users might not normally find on their own. 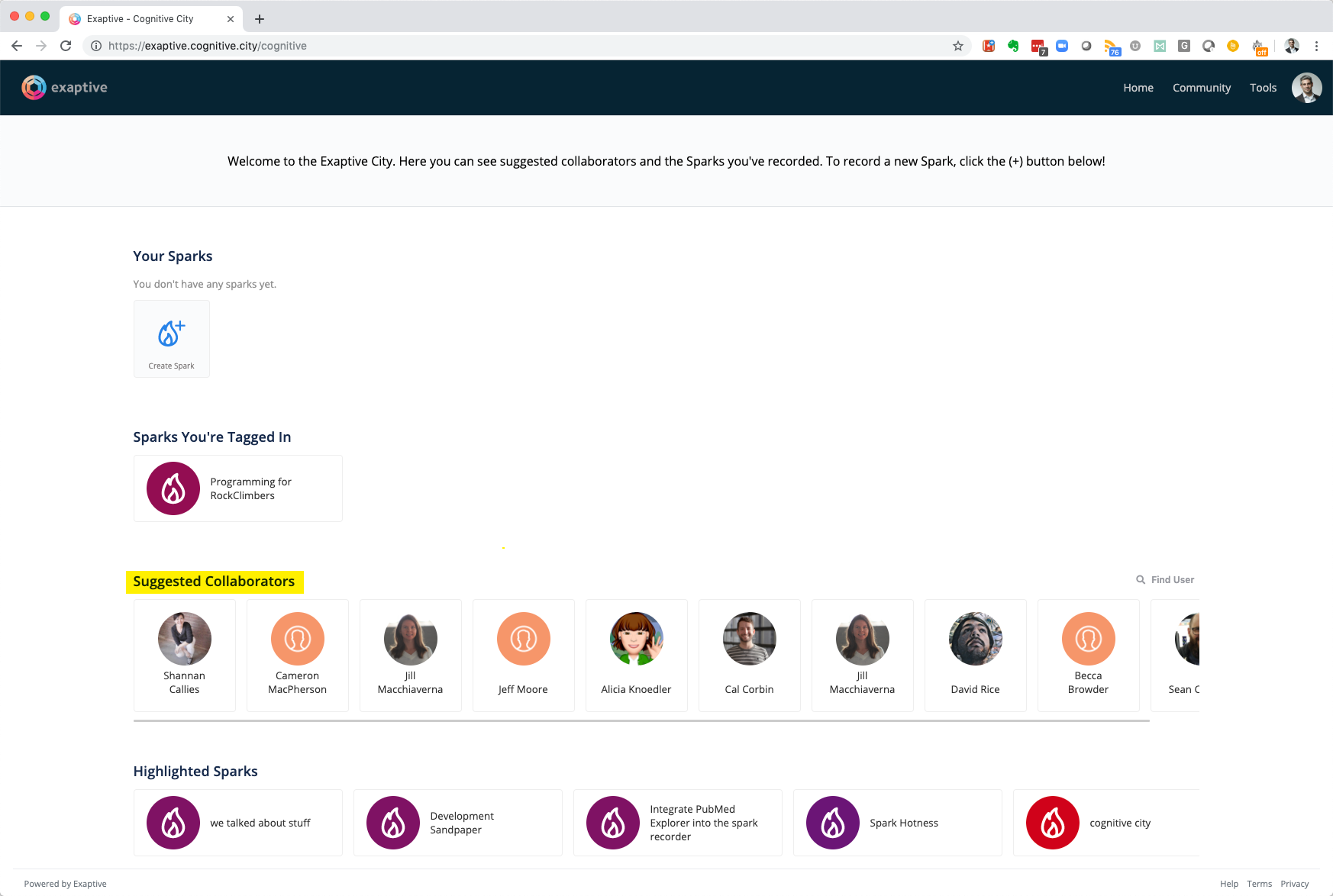 How are these suggestions generated? The City uses Exaptive's patent-pending 'Goldilocks' algorithm. Just like Goldilocks didn't want porridge too hot or too cold, innovative collaborators don't want to have too little in common, but they don't want to have too much in common either. Sparking innovation requires having just the right amount of commonality mixed with complementary differences: 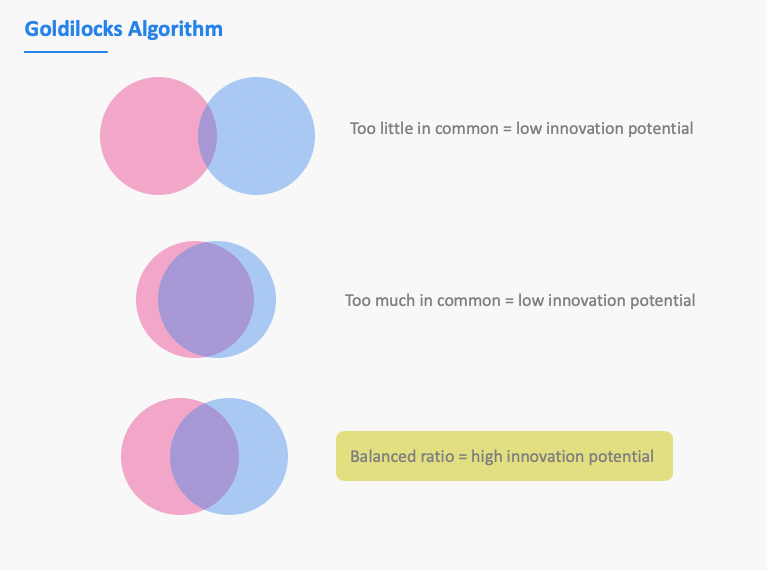 When a user clicks on a suggested collaboration, they are able to explore this venn diagram of commonality and difference between them and the person suggested: 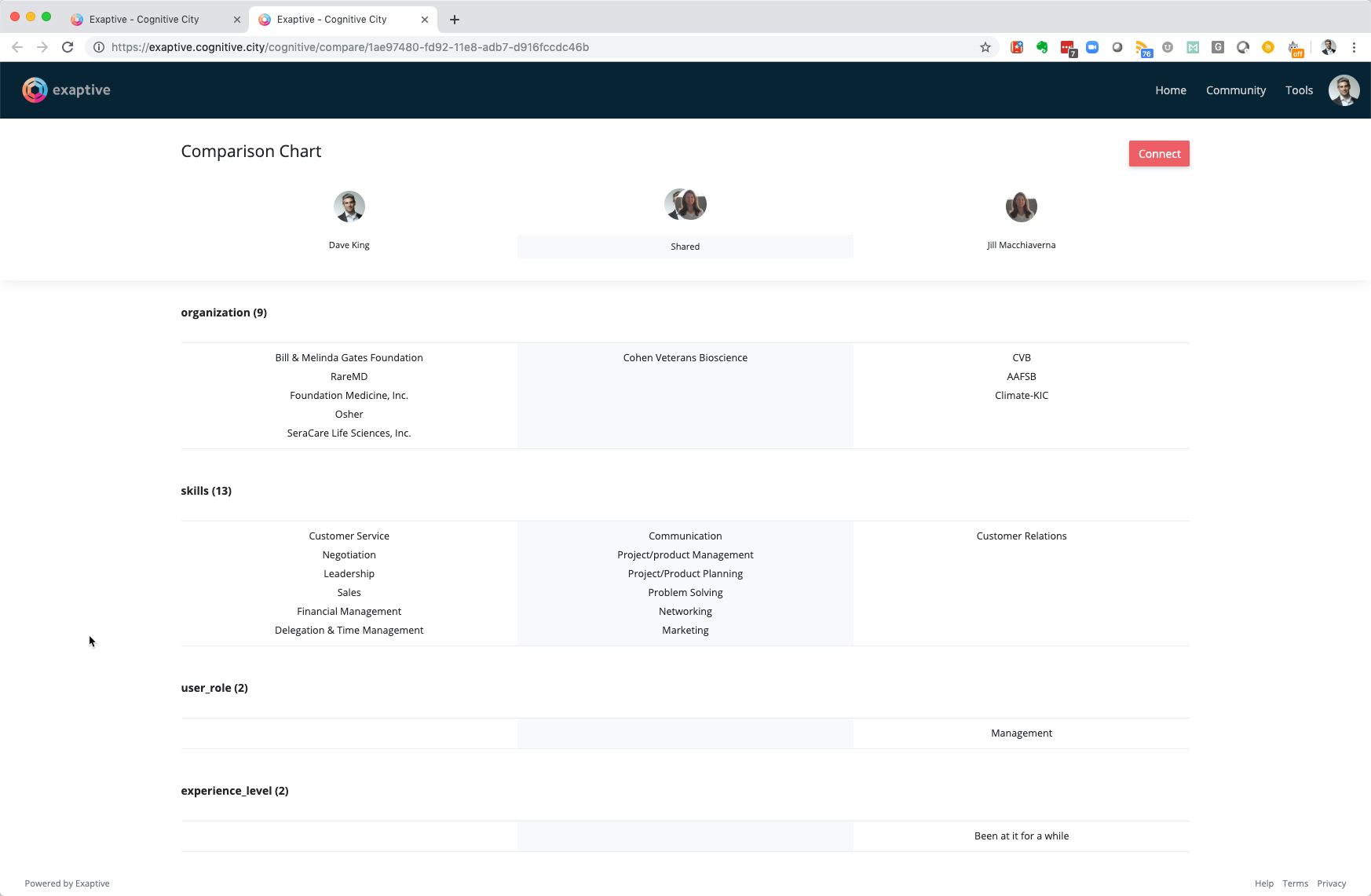 Items on the left are unique to the user on the left, items on the right are unique to the user on the right, and items in the middle are common to them both. This 'overlap page' is a powerful tool not just for deciding if you want to connect to someone else, but to actually use as an ice-breaker tool when starting to engage with them. To reach out to a suggested collaborator, a user can click on the "Connect" button on the overlap page: 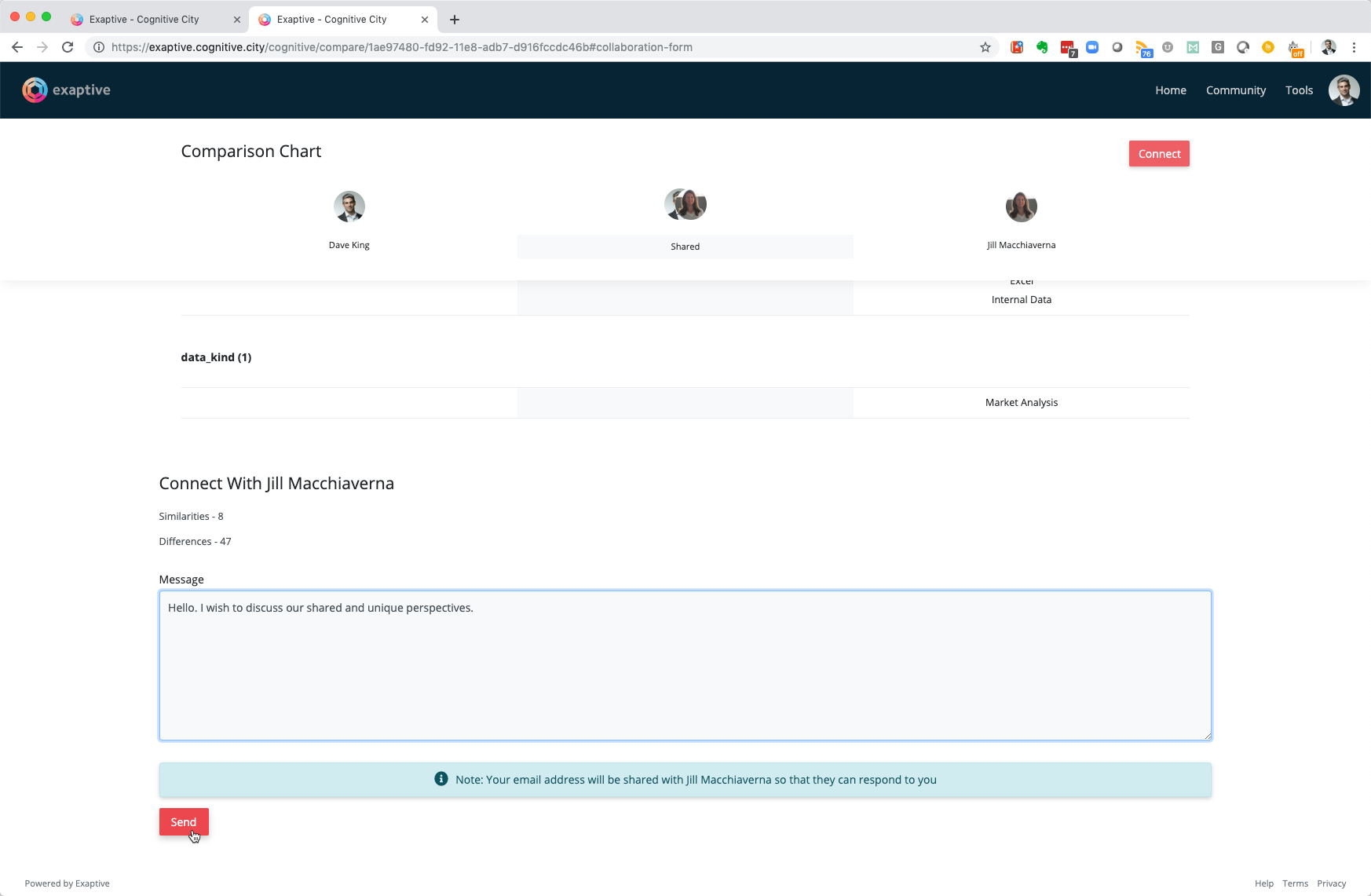 Of course, the City can only determine the similarities and differences between collaborators based off of the information it has access to. The richer the metadata available to the City about people, the better the suggestions will be. One way to collect metadata about people is to import it from previously existing repositories, but sometimes these don't exist. Another way is to capture it directly from their tool usage, but this can take some time to accumulate and requires tools they want to use. The simplest way to get started is to simply ask the users for some starting information. The City contains a number of features to make it easy to survey users during their account creation process, thus generating their starting profile that can be used for collaboration suggestions.