Closing the Loop: Updating the City based on Xap usage Print

The most powerful opportunity presented by the integration of custom tools into the City is that it allows for metadata to be collected on user activity seamlessly in the background that can then be used to drive collaboration suggestions, metrics, and community network visualizations that automatically evolve over time as City members do their work. In order to make it very easy to "close the loop" this way, the Studio contains a simple "Cognitive Network Instrumentation" component that can be added to any xap to send metadata back to the City:

You can see that this component is simply a connector to the Cognitive City API (CNAPI), allowing you to access all of the functions of the API as a result of activity within a xap. This is what allowed us to build the Chromatin Viewer Xap: 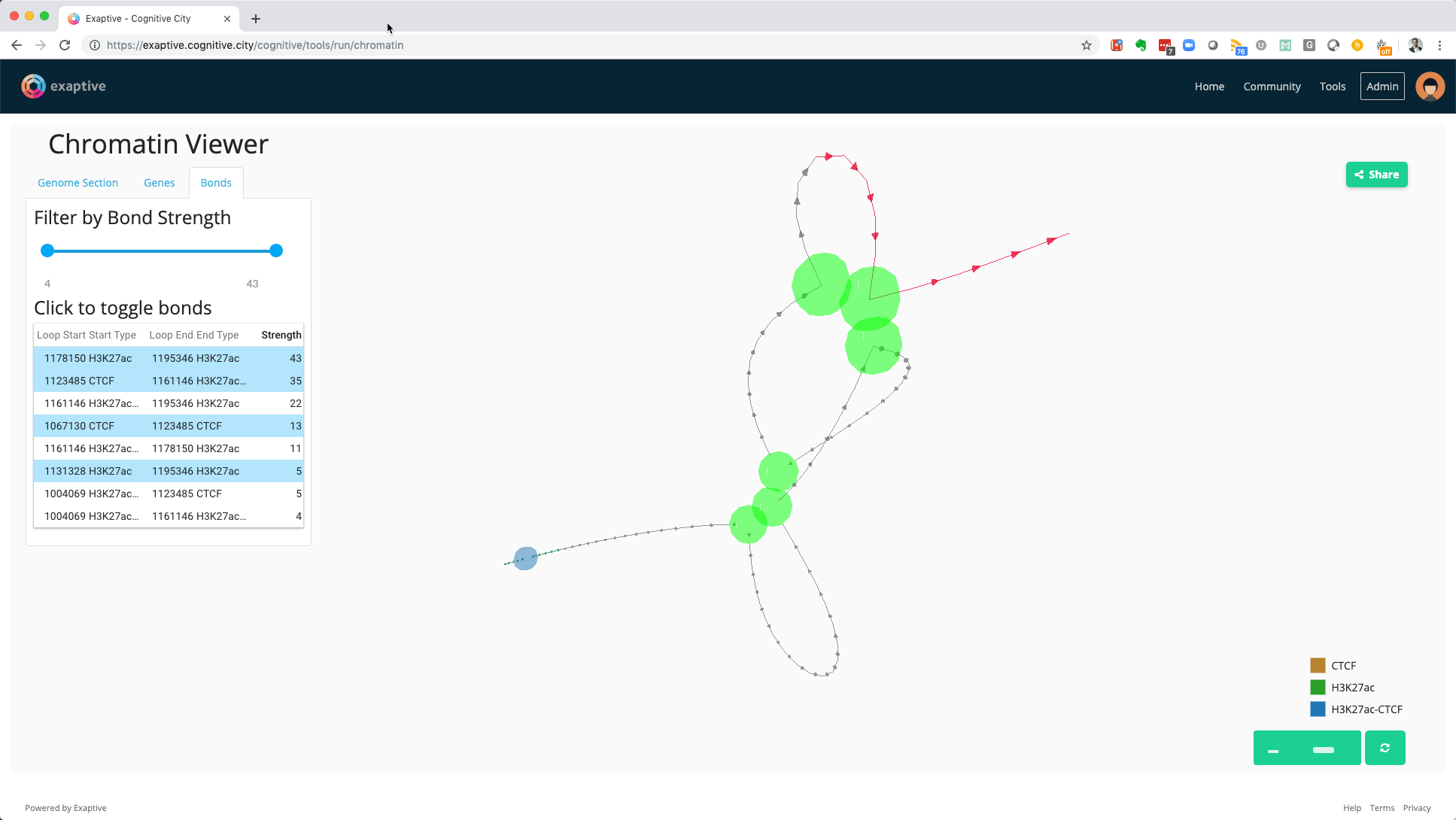 and send metadata about the bonds, chromosomes, and genes that a user explores back to the Chromatin view of the City: 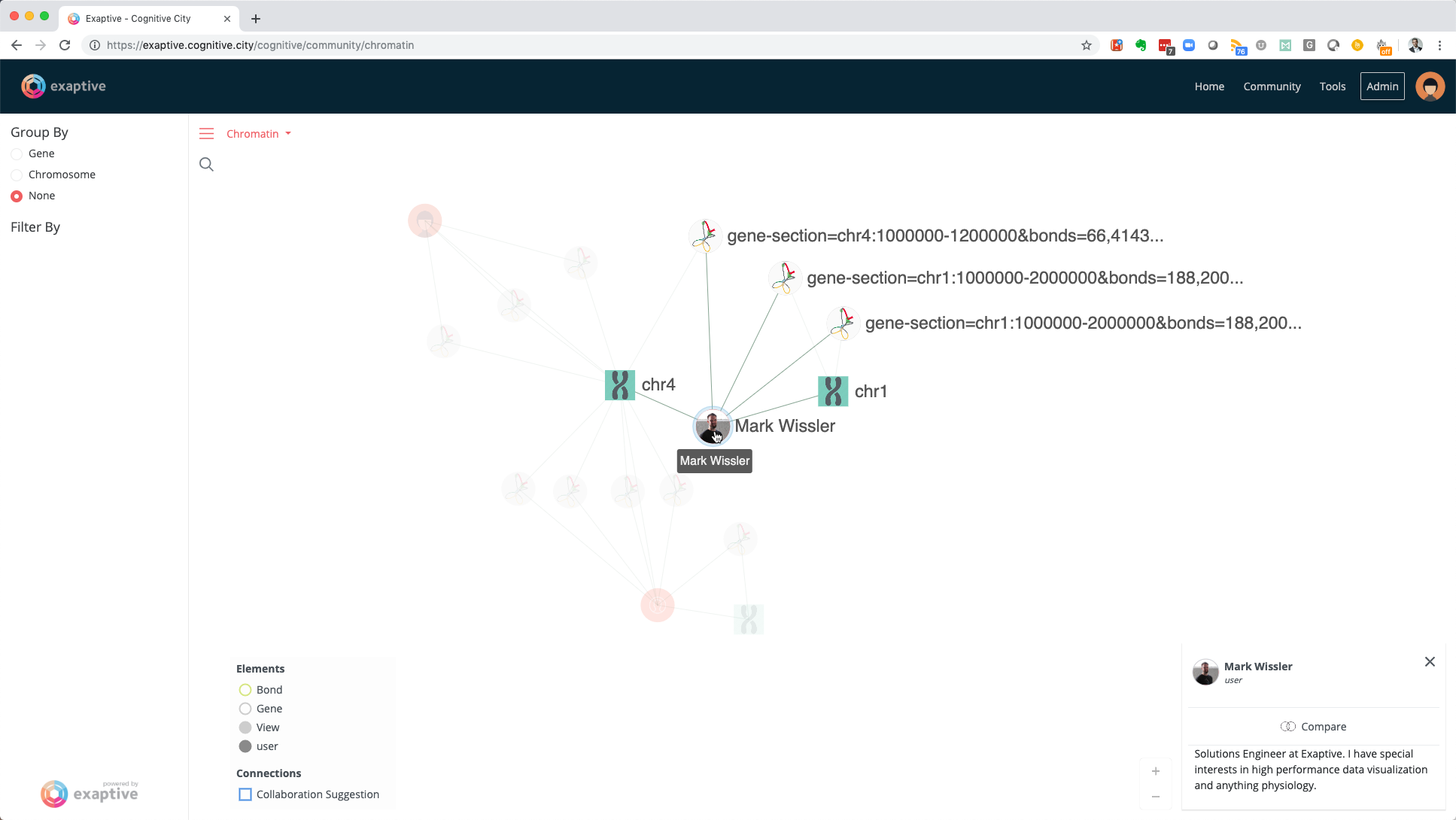 This metadata can then be used to drive the recommendation engine of the City, helping users see potential collaboration overlaps with other members, without requiring them to painstakingly manually report every aspect of their research interests: 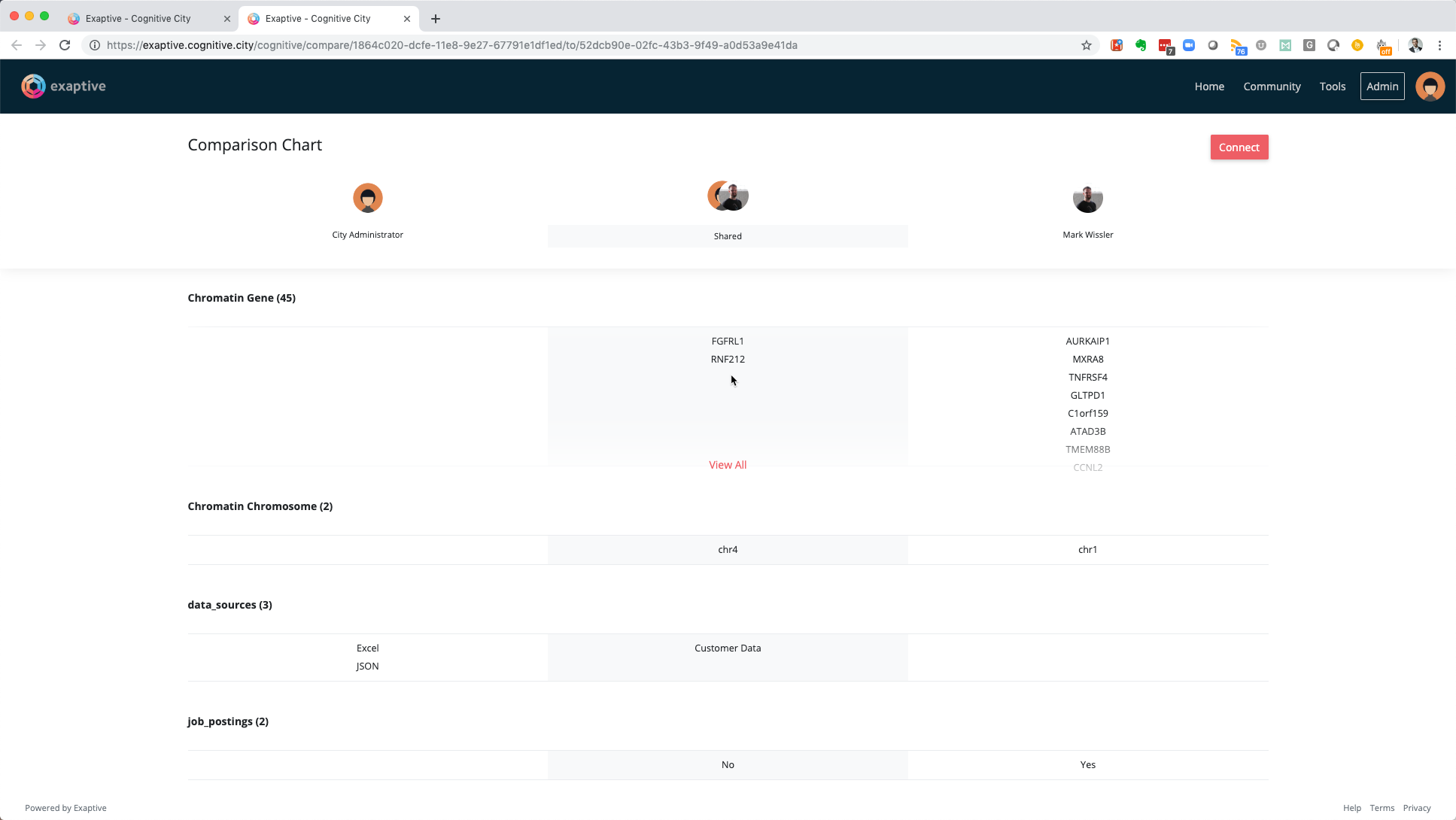 The ability to seamlessly capture tool-usage metadata and use it to evolve the City is perhaps the most powerful aspect of the Cognitive City platform. However, with great power comes great responsibility - this functionality allows for the capture of metadata that users might consider private and not want shared with the other City members. In order to support transparency, the profile page for a City user allows them to see all of the metadata that has been collected about them, and edit that metadata if desired. Even with this capability it's important not to alienate your City members by collecting data they aren't comfortable with - and in some cases doing so risks lack of compliance with recent GDPR legal requirements. It's best to allow users to opt-in to data collection instead of requiring them to opt-out. This is why in the Chromatin Viewer example above, we only send the metadata back to the city when the user explicitly clicks the 'Share' button in the xap.

*Disclaimer - this article is not legal advice. Collecting user data is a nuanced topic. You should consult legal advice when implementing your data collection strategy.